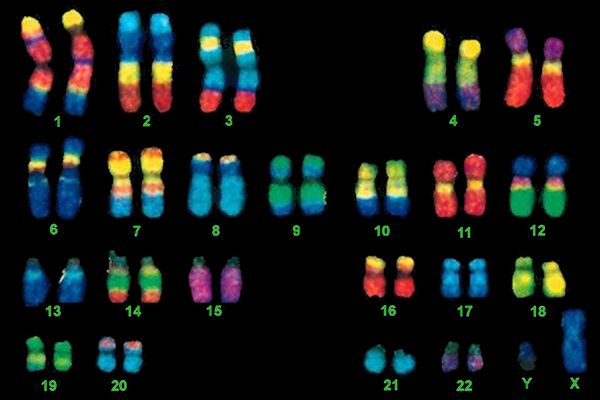 "We have no future. Not in the sense that our grandparents had a future, or thought they did. Fully imagined cultural futures were the luxury of another day, one in which 'now' was of some greater duration. For us, of course, things can change so abruptly, so violently, so profoundly, that futures like our grandparents' have insufficient 'now' to stand on. We have no future because our present is too volatile. ... We have only risk management." William Gibson

In 1973, design moved fully into the realm of the biological. That was the year in which the first genetically modified organism was created, an antibotic-resistant form of E. Coli. The following year, Rudolf Jaenisch designed a transgenic mouse. At that moment, we had crossed the horizon of what might be called Persistent Futurism: we suddenly existed within the realm of science fiction, but somehow didn’t even know it. Every step forward set off a cascade of futures, as the “now” began crumbing under our feet like so much dust. The most thought-provoking science fiction had always been biotechnical in nature, suggesting an uneasy merging of the genetic and the technological or even the architectural, from Brave New World to Cronenberg’s The Fly to Bladerunner. But now genetics and bio-synthesis seems to have made these visions increasingly immediate.

If in the early 20th century we shifted from designing tools with handles to tools with circuits, then at the beginning of the 21st century, we are moving from tools with circuits to those with genes.[1] Technology is evolving from what Peter Sloterdijk calls allo-technology (“other” technology, outside ourselves) to anthropo-technology, an operation on the self. This shift involves not only genes, but cybernetic extensions of our core faculties through the use of touch-screens, contact lenses, Lasik surgery, cochlear implants, pacemakers, prosthetics, genetic sequencing, multi-touch screens and so on—we might argue that in the wake of these transformations, the limits of the human are beginning to dissolve. We are subcontracting out our core functions not only to digital machines, but to genetic ones as well. As Antoine Picon has remarked, the image of our age is not the Renaissance’s humanist subject, nor even Le Corbusier’s Modulor, but the cyborg, which Picon says is “not a utopian figure, [nor, I would add, a dystopian one] but the result of the full use of existing technologies.”[2] In fact, the humanist subject and the Modulor have largely been replaced by a radically different kind of image: that of a code, a sequence of the nucleotide letters ACTG that form the human genome, an image both totally abstract and completely literal.

It remains to be seen what effect these kinds of transformations will have on architecture. Already, however, we are shifting from a perspective of building-as-useful-machine to building-as-sensory-feedback-system. This is the image proposed by Diller and Scofidio’s Braincoat, a wearable sensory system that telegraphs one’s own homeostatic data to others. Similarly, Jurgen Mayer’s body.guards suggests a “dynamic intelligent cocoon for testing, warning, spying, scouting, communicating, guarding and protection.”[3] Beyond this, architects such as David Benjamin are examining ways in which biological systems can become design tools, in a process called bio-synthesis—growing forms of artificial life that are genetically designed to grow into building components, actively repair themselves, and even attend to our domestic needs. We may even find that the common house-pet soon becomes a kind of building environmental sensor. One can already mail-order genetically modified fluorescent zebrafish from a company called GloFish®, in one of three colors: Starfire Red™, Electric Green™, and Sunburst Orange™. The manufacturers of the fish have designed it not only to glow, but to signal toxins in water, or to change color according to water temperature. Like canaries in a coalmine, the fish glow green in the presence of estrogen, red in the presence of heavy metals and other toxins.

From tools that have handles to tools that have genes: future architecture may rely on the biological and the hybrid in ways that it never has before. We can already sense the outlines of a genetic architecture in the distance, but it’s less clear what effect this science-fictional architecture might have on its human inhabitants, ontologically speaking. The architecture studio will likely merge with the laboratory in a literal sense. And on a screen in that future laboratory, the bright lines separating human, organism, architecture and technology are already dimming.

[1] The anthropologist André Leroi-Gourhan explains the intricate history of this idea of tools as externalized human faculties in his book Gesture and Speech. Trans. Berger, Anna. Cambridge: MIT Press, 1993.